About You – Livable Luxury 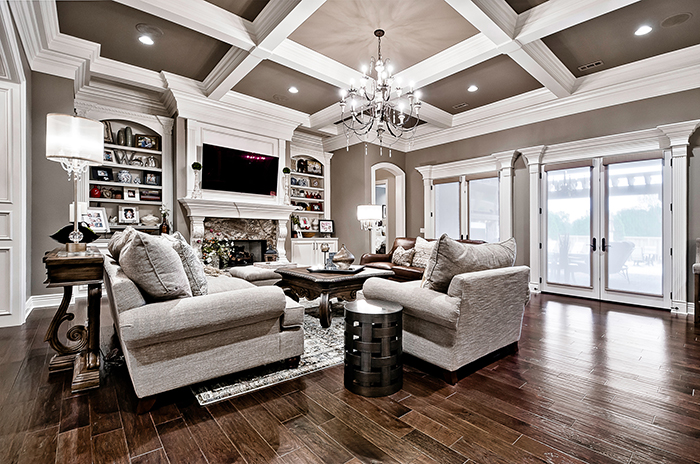 Baseball fans will recognize the quote, “If you build it, they will come,” from the 1989 movie Field of Dreams. It seems it’s no different in the home building industry where Celtic Construction of Northwest Arkansas is truly making a name in the game of building custom dream homes everywhere in sight, and they’ve been doing it since 1994. 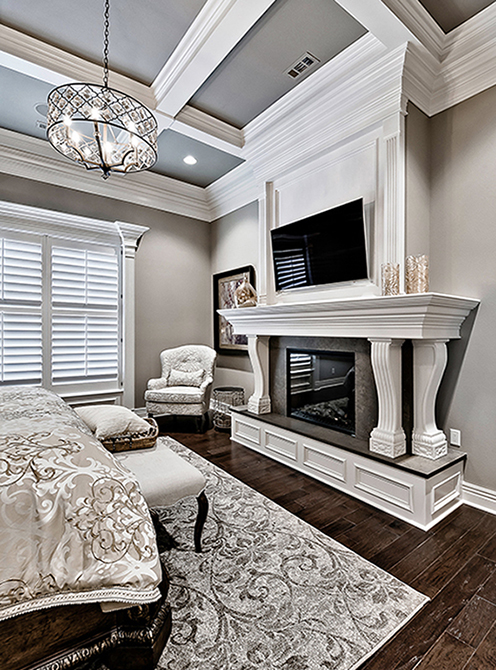 Owner Lee Scarlett says, “I started building by doing spec homes in Fayetteville. We put a lot of extras in our specs, and people started to notice, which then led to more customs,” he says. “For the last 13 years, we’ve been doing only custom homes. It seems like a lifetime ago now, with lots of hard work and some tough clients, but I wouldn’t change a thing.”

What does “custom” mean exactly?

“Custom is bespoke; it’s one-of-a-kind,” he says. “We take the plans from our clients and create their dream.” 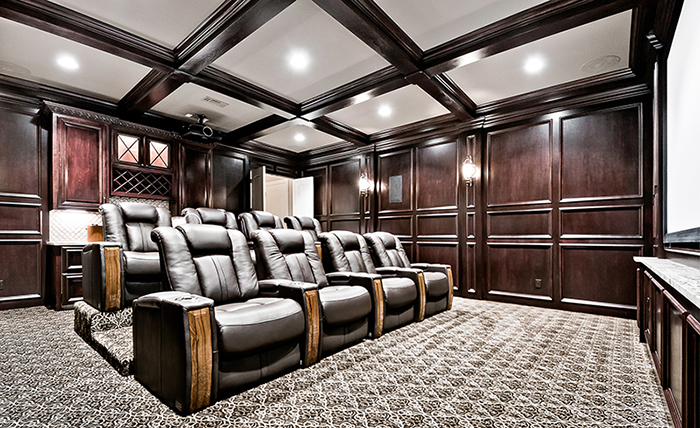 The Williamses came to Celtic with an Old-World vision for their home; the couple wanted it to be luxurious, yet liveable.

While the rich and regal Springdale home of Pam and Johnny Williams, featured here, is true Old World style, Celtic creates every style out there.

“Every home is as different as the clients. From Old World to traditional to modern, we can do it all,” Scarlett says. “One home that stands out in my mind is a 10,000-square-foot, all-concrete-and-steel-home we built with a shooting range in the basement. Yes, a shooting range! You dream it and we will make it happen,” he says. 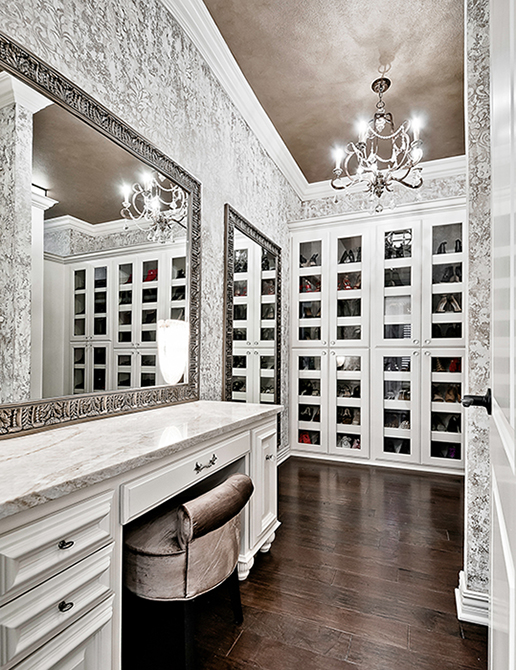 In the end, an awe-inspiring home is only as good as the building.

When the Williamses came to Celtic with an Old World vision for their home, featured as “Best Street Appeal” in the 2017 Northwest Arkansas Parade of Homes, the couple wanted it to be luxurious, yet livable.

“I think the fact that this home is ‘livable luxury’ is what makes it unique,” Scarlett says.

The Williamses’ home showcases amazing details in the trim and the cabinetry from Verser’s Cabinet Shop in Rogers. Celtic has made a name for itself by paying attention to the details; it’s what makes their homes stand out from the crowd. Every room in the Williamses’ home has these custom touches that make it incredibly unique.

“The things most people notice in your home, other than your furniture, is the trim, cabinetry and tile work,” Scarlett says. 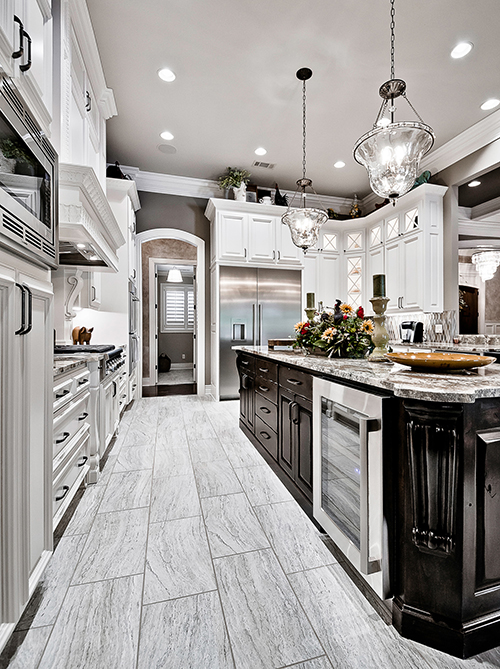 While there are many custom features throughout the Williamses’ home, Scarlett says the one he personally loves the most is the theater room with its dark, wood-paneled walls and rich brown, plush leather chairs. The mood is dark and dramatic, yet extremely comfortable and cozy. It’s in stark contrast to the sleek and airy kitchen and bathroom areas that consist of bright white cabinetry mixed with crisp gray and a plethora of lighting.

“Johnny loved the study we did so much he asked for us to duplicate a similar look in the theater room. It’s my favorite room in the home and his, too,” he says.

And while the luxurious Old World style shows grand attention to detail, the couple didn’t want the home too “stuffy or overdone.”

“It’s livable,” Scarlett says. “It’s a home you’re not afraid to let the kids run around in.”

Kids or no kids, for most people, the building process can be daunting, so finding the right builder can be key.

“[It’s important] to find the right builder with the craftsmen to pull off what you’re trying to achieve,” he says. “A builder is only as good as his team. So many people go with the cheapest company, but, in the end, you get what you pay for,” he says. “My favorite business quote has always been, ‘If you think it’s expensive to hire a professional, wait until you hire an amateur.’” 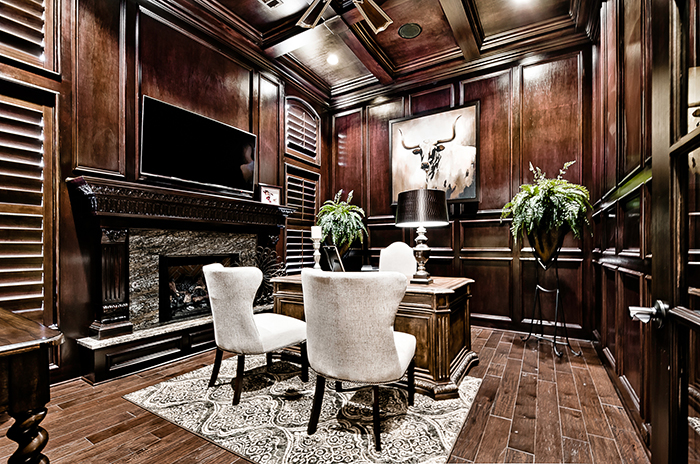 Scarlett advises those looking to build a home to do lots of research, visit locations to see examples of the builder’s work, ask for references and look up the company online.

“If a builder isn’t a member of the local HBA, the state BBB, and other professional associations, you have to ask yourself why not,” he says.

Celtic Construction has been lucky enough to have a home in the Northwest Arkansas Parade of Homes for an astounding 19 years in a row. The company has been featured in 15 publications across the state, the nation and even overseas. 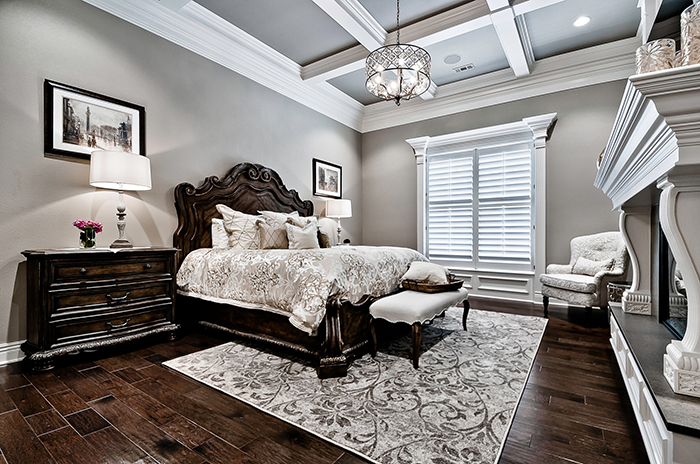 “When I started Celtic Construction, my goal was always to do quality, not quantity,” Scarlett says. “We don’t develop land, nor do remodels. We don’t build spec homes, but instead we build five to six custom homes per year, which allows us to use the same craftsmen on each home. Attention to detail is our signature.”

With even one glance at the impeccable design and craftsmanship of the Williamses’ home, that’s very apparent.

In the end, an awe-inspiring home is only as good as its builder.

“It’s great to know you’re building someone’s dream home,” he says. “To take it from a paper plan into the real world is a very satisfying feeling.” 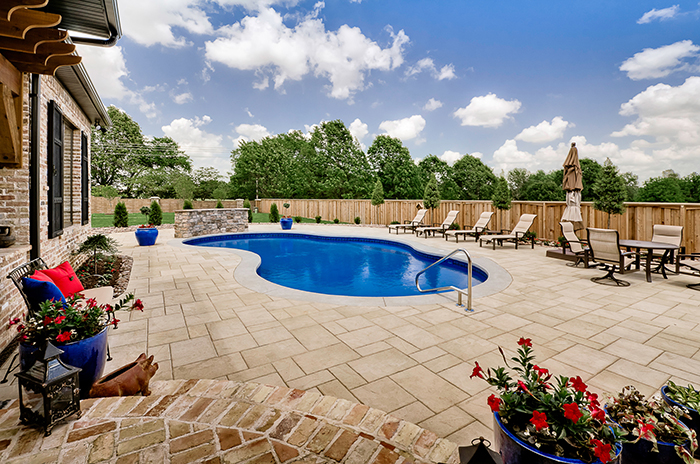